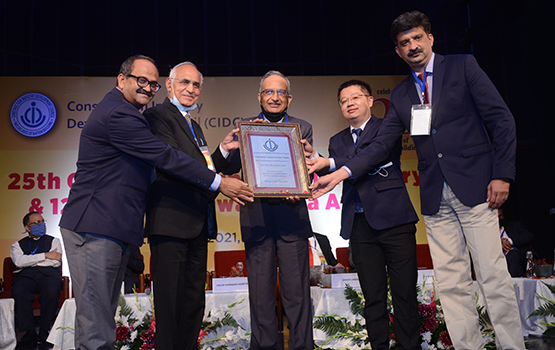 IJM (India) Infrastructure Ltd, the Indian arm of IJM Corp Bhd, has set a new record by the laying of 25.54 lane-km road stretch in a short span of 17 hours and 45 minutes on its Solapur-Bijapur highway project in India. IJM India was successful in constructing two lanes of 12.77 km each on one side of the four-lane highway stretch along the Solapur-Bijapur section of National Highway-13. This is the first time in the history of the National Highway Authorities of India (NHAI) that such an undertaking has been attempted and achieved by any construction company in India’s infrastructure industry.

The record-setting feat is also being assessed for entry into the Limca Book of Records, India’s localised version of the Guinness Book of World Records.