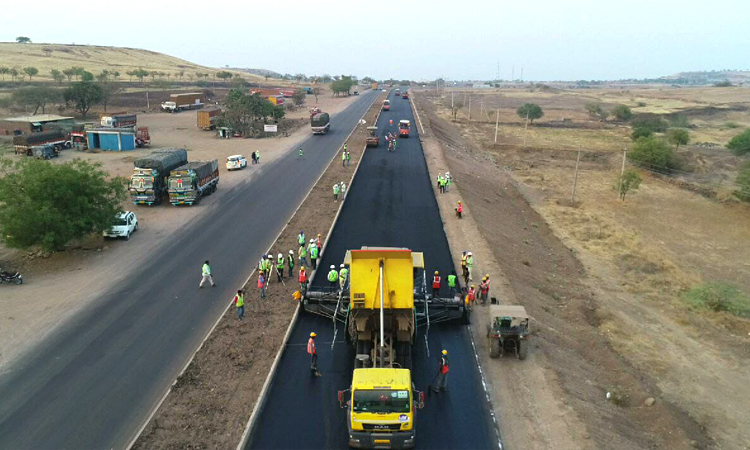 Hyderabad company guns for record by laying 25.54km-lane in under 18 hours

Even Union minister of road transport and highways Nitin Gadkari tweeted about the accomplishment. 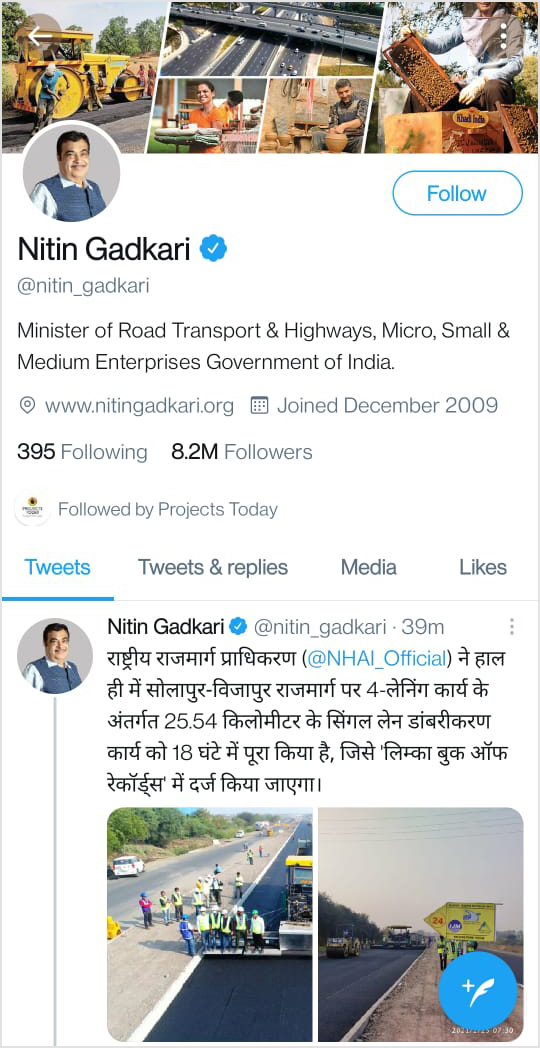 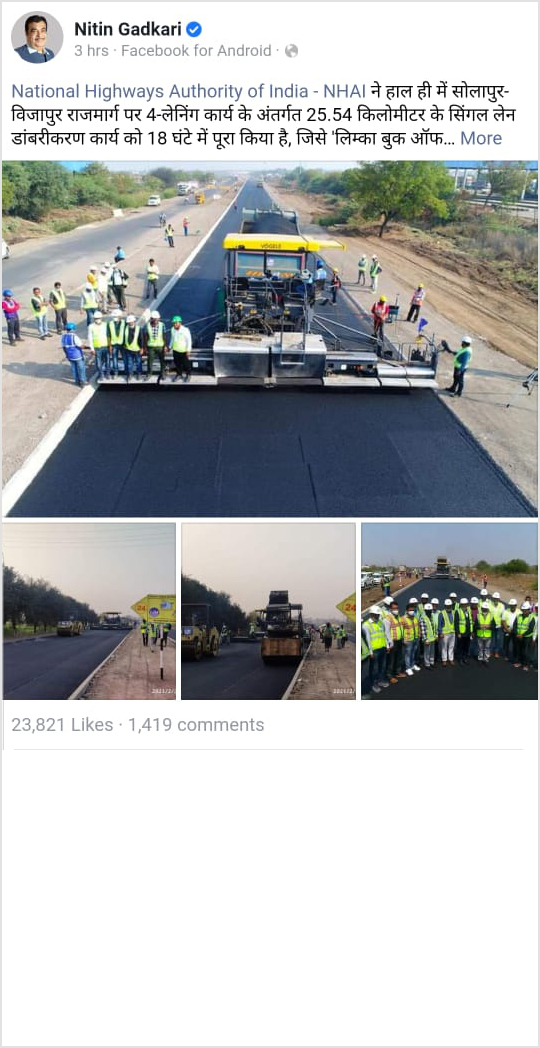 Today, IJM India team has achieved and set an all new record. Never in history has such an event been witnessed in the Indian infrastructure industry on a National Highway Project by any construction company in India. The IJM India team has achieved the laying of 25.54 lane kilometres in a short span of 17:45 hours of the Solapur -Bijapur section on the National Highway 13.

Speaking on the occasion, Mr. Sanjay Kadam, the Project Director of NHAI, has congratulated the attempt made by IJMII and said, “This is the first time in history of NHAI projects that such a mammoth task has been attempted and achieved. The length of the said project is 110 kms of Four / Six Laning of Solapur- Bijapur section on NH13 and is one of the largest contracts, in value (approximately Rs.2300 Crores) awarded by NHAI on a Design, Build, Finance, Operate & Transfer (DBFOT) basis. We are glad to set another milestone in this project by achieving the record of laying 25.54 lane kilometres (12.77 Kilometers) Bituminous concrete layer well within a span of 18 hours as compared to the current average progress rate of 05 kilometres per month in a four laning highway project. He has also commended the meticulous planning and painstaking efforts taken by IJMII in achieving the above goal of the under construction road at different stretches on the 110 km highway in a record time. This critical activity has not been attempted in such a short span of time by any construction company in India. It is a proud moment for us and I am extremely delighted to be a part of this initiative”.

Mr. M. Venkateswar Rao, Team Leader IJMII added by saying, “This meticulous task has involved huge logistical & technical challenges covering an approximate linear distance of 18,701 km in less than 18 hrs which is equivalent to 5 one way trips from Ladakh to Kanyakumari (3810 km one way via NH 44). 14,832 Tons of Bituminous Concrete mix was produced from hot mix plants and laid in achieving the above activity. Heavy load carrying vehicles, having the capacity upto 30 Tons were deployed to transport the above material from the Hot Mix Plants to the highway stretches, leading to about 494 trips. To cover the above distance within 19 hrs time, we have used 90 nos of Dumpers, 06 numbers of 9.5 meter sensor pavers, and numerous vehicles used in Highways construction. While carrying out the above activity, it was emphasized and ensured that there was NO disturbance to vehicles plying on the road and all safety measures were ensured on the project highway”.

About IJM India Infrastructure Limited.
IJM India is a subsidiary company of IJM Construction Berhad with its Group Headquarters at Kuala Lumpur, Malaysia, one of the world's leading company in infrastructure, construction, property, plantation and industry for the last 35 years of operations.

IJMII a company incorporated in 1998, is a pioneer in highway infrastructure, commercial and residential construction with its India operations headquartered at Hyderabad. IJMII has been delivering one sterling performance after another in its operations in India and has many firsts to its credit.

IJMII completed India's first flagship Expressway Project - The Mumbai Pune Expressway from Kon to Chowk in April 2000. One of the more recent projects completed by IJMII in 2020 is the Dewas Bypass Road Project (Madhya Pradesh).