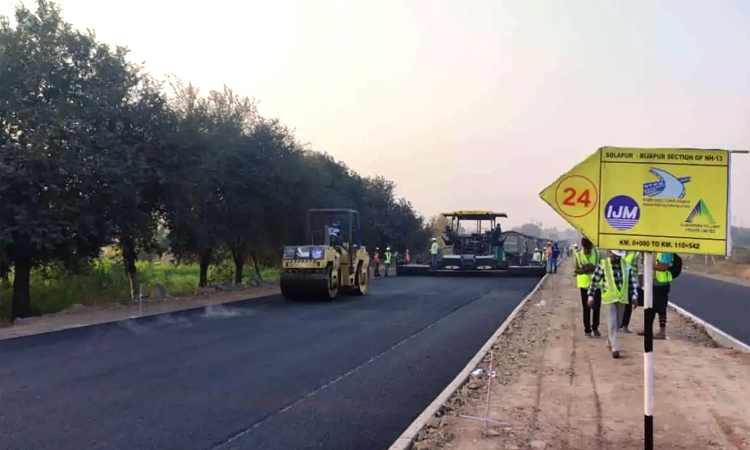 Hyderabad-based construction firm IJM (India) Infrastructure Limited (IJMII) has set a brand new record by finishing a 25.54km single-lane demarcation work in below 18 hours below the four-lane work of the Solapur-Bijapur part on the National Highway 13.

The company has now crossed its fingers that this feat will pave the way for its entry into the Limca Book of Records, which is a first of its kind in the country for a national highway project.

Union minister for road transport and highways Nitin Gadkari tweeted about the accomplishment of the work of the IJM India, a subsidiary of Malaysia’s IJM construction Berhad, and officials of the National Highways Authority of India (NHAI) for completing the project.

Nitin Gadkari, congratulated all the employees who contributed to achieving this feat, as he said this will be recorded in the ‘Limca Book of Records’.

“500 employees of the contractor company have worked hard for this. I congratulate the project directors, officers, contractor company representatives and project officials of the National Highways Authority, including those employees,” the minister tweeted.

Gadkari also said, “Currently 110 km of Solapur-Vijapur highway is in progress which will be completed by October 2021.”